The idea to collect stuffed animals came to me from the original list that inspired this whole year-long project.  That list suggested collecting and donating stuffed animals to the SAFE project.  “SAFE” stands for “Stuffed Animals for Emergencies,” and it is a great organization that gets stuffed animals to police and fire departments to give to scared children in crisis.  I thought this was a wonderful idea, so I immediately chose this project for us to do.

When I first began researching projects in August, I went to the SAFE website and found that there was a chapter about thirty minutes away in McKinney.  Perfect!  So, in about the middle of September, I decided that it was time to do this project.  We had cleaned out Abby and Jake’s stuffed animals weeks ago, and the bag full of them had been sitting on the counter in the playroom long enough.  Although we had a fair amount of stuffed animals to donate, I really wanted our project to be bigger.  So, I sent out an e-mail to my friends at church with young children telling them about the project and asking them to bring any excess stuffed animals to me that Sunday.  We ended up leaving that day with three full bags of stuffed animals!

When I got home from church, I went onto the SAFE website to work on making contact with the McKinney chapter.  Unfortunately, I came to find that the McKinney chapter was now gone and the closest chapter was now 4-5 hours away!  I felt just awful.  We had bags and bags of stuffed animals, and I had told my friends that their donations would be going to the SAFE project.

I immediately set to work to find another good  home for the stuffed animals.  I remembered Family Gateway, who we previously donated school supplies to in Project No. 3.  Family Gateway is a place in Dallas that provides living accomodations and so much more for homeless families with children.  I picked up the phone and called Family Gateway to see if they would be interested in our stuffed animals.  The man who answered took no time at all to say yes – that he knew there were many children staying with them who would absolutely love a stuffed animal!  With that, our project changed course and we were now collecting stuffed animals for the homeless children at Family Gateway.

I recently joined the Firewheel Moms’ Club in my neighborhood, and last week I was going to my first FMC meeting.  Before the meeting, I sent out an e-mail to all the moms telling them about this project and suggesting they bring stuffed animals to the meeting.  Several people did, and another even came by a few days later with another bag full.  All in all, we collected a TON of stuffed animals! 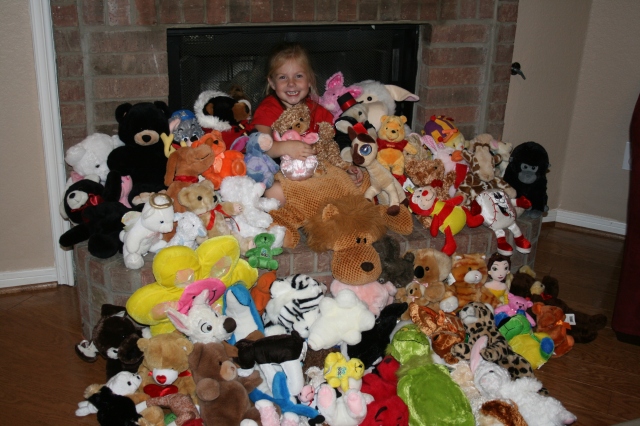 Some of the stuffed animals were really nice – I’m not sure I could have given them away!  Abby loved the Grinch and the princess toys, and she had a bit of a hard time with the fact that she could not keep any of them.  After the photo, we bagged up all the toys for delivery. 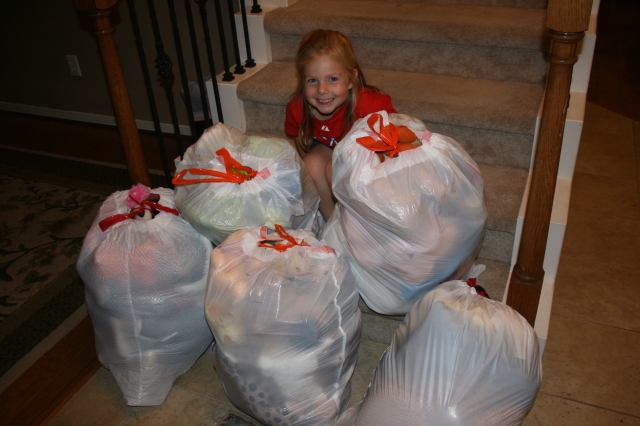 One of my new friends from the Firewheel Moms’ Club, Shelley, asked if she and her two oldest boys could come with us to help deliver.  Absolutely!  We love having others join us for projects!  So, yesterday we met up with Shelley, Carter and Charlie, loaded up the SUV (with two additional bags of stuffed animals and toys added by Shelley’s family) and drove to downtown Dallas to make our delivery.  All three of the kids wanted to help bring the toys in, and everyone did a great job helping! 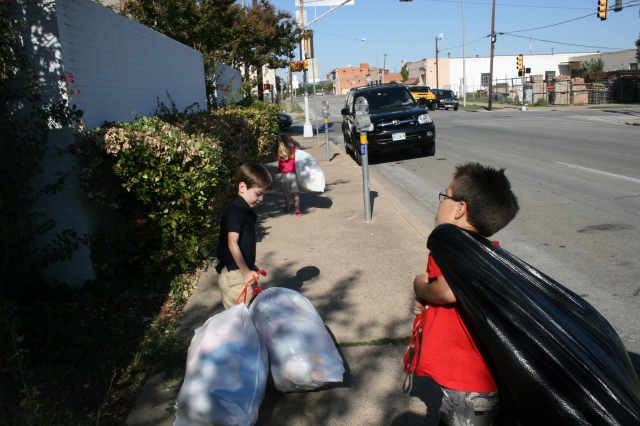 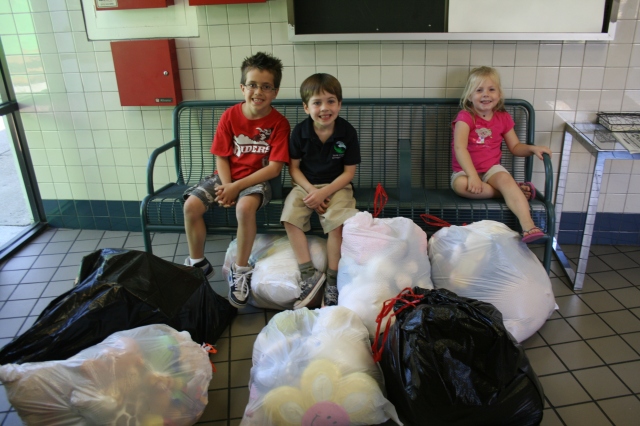 After we dropped off the donations, we took a tour around the Family Gateway complex.  It was extremely interesting to see what they have to offer in person, and I was so glad the kids got to see it.  It’s definitely a far cry from the lives they live.  Each family has a room that I would equate to a dorm room at college.  (We did not actually get to look in a room because they were all full.  The lady told us they were at full capacity – 30 families.)  There is a large kitchen (think school cafeteria) and large eating area with tables.  There are two connected rooms for kids, including a flat screen TV and lots of movies, toys, etc.  (Abby really wanted to check out the movies to see if they had anything “princess.”)  They also have two computer labs – one for parents to job hunt, create resumes, etc., and one for kids to do homework, play computer games, and learn in general.  Abby’s favorite part of the tour was the playground, where a number of children were playing outside with teenage volunteers.

I really enjoyed this project.  Although it did not work out as I had originally planned, I am confident that the pre-loved stuffed animals made it to the right place.  Many, many thanks to the Gifford, Bunger, Cramm, Macy, Loeffler, Schultz, Sedwick, Gotcher, Saldana and Nasso families for your generous donations!  (If you donated and I forgot to thank you – please forgive me and let me know so I can add you to this list!)  Your donations are truly going to make a difference!